The 'long island' in the Zadar archipelago!

Dugi Otok is the largest island of the Zadar Archipelago, which consists of more than 300 islands surrounded by a crystal clear blue sea. The larger islands are overgrown with Mediterranean shrubs, herbs and olive trees. Only a few dozen islands are inhabited, these small communities live from agriculture, livestock and fishing. The few larger islands near Zadar have hotels and on the other islands private accommodation are available. Daily ferry lines run between Zadar and the main islands.

On Dugi Otok there are around ten villages where the inhabitants live, in the north of the island on the plains people live from agriculture and fishing, on the southern area of the island sheep are held as livestock. The west side of the island has steep cliffs, but the east side has perfect beaches and bays; ideal for a sun&sea holiday.
Already since Roman times the island was popular among city nobility for the building of holiday villa’s, due to its location close to Zadar. During Renaissance times, especially in and around Sali, summer residences were build. Sali is the largest town on the island and has the main harbour where you can still see some Gothic houses. On the other side of the island, in the north the village of Bozava is a popular marina.

Beach Sakarun is one of the most popular beaches on Dugi Otok, and is located on it’s north-western coast near the villages of Veli Rat, Verunic, Soline and Božava. The beach has white sand and a clear blue sea, it is surrounded by pine trees that provide natural shade. The beach is about 800 meters long and has a slow descend into the sea making the shallow sea ideal for smaller children. From the village Bozava a tourist train offers transport to the beach, and it departs every two hours. On the beach are cocktail bars, which provide entertainment until the early morning hours.

Beaches around Sali are characterized by rocks and cliffs, where you can find your own little place to enjoy the summer sun and sea; at some places terraces have been made for easier access to the water.

Explore the surrounding islands of the archipelago by boat, search for your own private island and enjoy a day out on your own hidden beach. 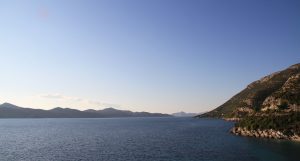 The 'long island' in the Zadar archipelago!