The Kornati group of islands or archipelago in the Adriatic Sea is located south of the historic Dalmatian coastal city of Zadar and west of Split. The northern part of the park borders the Telascica Nature Park. In 1980, the 89 most southern islands of the 140 island-forming archipelago Kornati were proclaimed National Park. None of the islands in the national park is permanently inhabited, the only signs of habitation are some laborers and fishermen’s huts and homes. Take a sailboat for a true Robinson Crusoe vacation along the uninhabited islands and enjoy the peace on an uninhabited island!

The scarce vegetation on the islands causes dew formation which is a source of valuable freshwater for the plants and animals on the islands. The islands climate is relatively hot with sunny and hot dry summers, the most precipitation falls in the autumn. The many islands and isles may seem rocky deserts, but they are full of small bushes of Mediterranean herbs, such as salvia and rosemary. However, the largest natural wealth of the park is situated in the surrounding crystal clear sea and beautiful underwater world.

Nature
Because of its location, seabirds are the most common in NP Kornati, such as yellow-legged gulls, European shag. There are three types of swifts and there are some nesting sites of the peregrine falcon, eagle owl, and raven. The singing birds that nest here include the black-eared wheatear, sardinian warbler, subalpine warbler, tawny pipit and blue rock thrush. During the migration in spring and autumn bird species such as the crane, common stilt, and blue herons come visit this area.
In addition to birds, there are several species of mammals in NP Kornati, although not much vegetation and a limited amount of water is available to them and most islands are very small – there are sightings of the pine marten and about ten species of bats.
The wealth of nature in the NP Kornati lies mainly in the sea! The area is very rich in underwater life, with many species of algae, and many animal species – such as corals, molluscs, brush worms, crabs, fish, dolphins and the loggerhead sea turtle. A special treat is the sighting of the ‘Bottlenose Dolphin’, this is the most common and the only permanent dolphin species of the Adriatic Sea, usually seen in the southern part of NP Kornati.
In addition to a protected natural heritage, NP Kornati is also a cultural heritage and private property of Murter residents, but visitors may use the coastal areas, beaches and the sea, and walking on the islands is possible when you remain on the indicated footpaths.

Sailing and boat trips
Day trips to NP Kornati by boat are offered by tourist organizations and boat owners along the Croatian coast. A visit to the Kornati national park can be started out in the coastal towns Vodice, Biograd na Moru, Murter (small island connected to the mainland by a bridge in Tisno), Sibenik and Zadar, but this last city is further away. Depending on the distance and service offered during the excursion the prices vary. In general, a day trip with a drink, lunch and one or two visits to an island for a short walk or swimming and snorkelling costs around 35-40 euros per person (pricing 2016). During the summer months of July and August, these day trips are offered on a daily basis, while during the low season (May, June, September and October) these excursions are mostly with organized groups, but individual tourists can often participate. An admission ticket is required for each day in the National Park – make sure that the admission ticket is included in the excursion.

You can also visit NP Kornati with your own (sail) boat, you have to arrange entrance tickets and permits for mooring and overnight stay in the park at one of the sixteen anchorages. Mooring and overnight stays are permitted, with permission, in the following bays and inlets: Stiniva, Statival, Lupeška, Tomasovac – Suha punta, Šipnate, Lučica, Kravljačica, Strižnja, Vruje, Gujak, Opat, Smokica, Ravni Zakan, Lavsa, Piškera – Vela Panitula, Anica on Levnaka, Podbižanj and Koromašna.
You are allowed to sail through the whole park, except for the strictly restricted areas around the islands of Purare and the reefs of Mala Purare and Volić.

Annual regatta
The yearly four-day regatta ‘Kornati Cup’ is held in April / May. 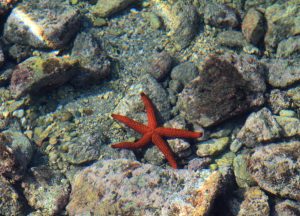 In the surrounding coastal areas there are several diving organizations that help with equipment, licenses, and offer organized diving excursions at beautiful underwater locations. These local diving centres organize courses and excursions by boat to NP Kornati and visit the best diving sites. Here you can dive near wrecks, underwater cliffs, areas rich in fish, squid, sponges, lobsters and more. The seawater in the NP Kornati is very clear and is suitable for underwater photography. It is forbidden to dive individually outside organized and approved groups!

Swimming
A visit to the NP Kornati can only be done by boat, you can go for anchor just before the coast or near a beautiful beach where you can swim in the crystal clear waters. No special permit is required for swimming in NP Kornati.

Walking
In NP Kornati there are eight signposted hiking trails that meet at a viewing point with a beautiful view of the most picturesque aspects of the Kornati islands. These routes are clearly indicated under the name “Planinarski put Kornati“. Keep in mind that there is hardly any shadow on the Kornati islands and that the summer sun shines very intense, so take good sun protection with you.
The continental part of NP Kornati is entirely private property of local residents of Murter. These people have their olive groves, beehives, and sheep on the islands and form part of the cultural heritage of the national park, so stay on the indicated hiking trails.

Where to buy entrance tickets and permits for overnight, fishing and diving?

Where and what to eat?
On the islands of NP Kornati there are about 25 small restaurants (Croatian: Konoba), which offer local dishes prepared in a traditional way, such as freshly caught sea fish and fruits and local specialities such as lamb. These ‘Konoba’s’ are only open during the months of July and August and usually only for a hot lunch. 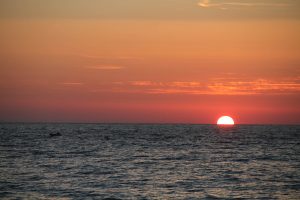 Where to sleep?
Camping can only be done at the recognized camps – Ravno, Zakan and Levrnaka, or you can rent a small cottage or room in NP Kornati through travel agencies in Murter.

What to buy?
Local products include honey, olive oil, olives, dried figs, products made from herbs growing on the island such as sage (Croatian: kadulja).

Protected areas
Four zones are designated under strict protection, which means that visitors are not allowed in these areas. The zones are the islands of Purara (including Klint and Volić rifles), Mrtenjak, Kolobučar, and small (Mali) and large (Veli) Obručan.

Culture
The first Sunday of July, the Catholic celebration of Our Lady of Tarac (Croatian: Gospa od Tarca) is celebrated in the Kornati islands with a special mass in the small late Roman church dedicated to Our Lady of Tarac. From Murter, pilgrims travel by boat to the church to participate in this ceremony. A few days before this event you can get more information about possible availability of places for the boat and church service at Murter’s tourist office.

Another building near the church of Our Lady of Tarac is the Tureta fortress, possibly from the 6th century AD, on the main island of Kornat. It is believed that the fort had a military purpose, to safeguard and control the shipping on the Adriatic sea that was full of pirates. 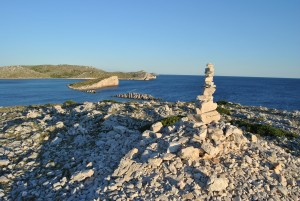