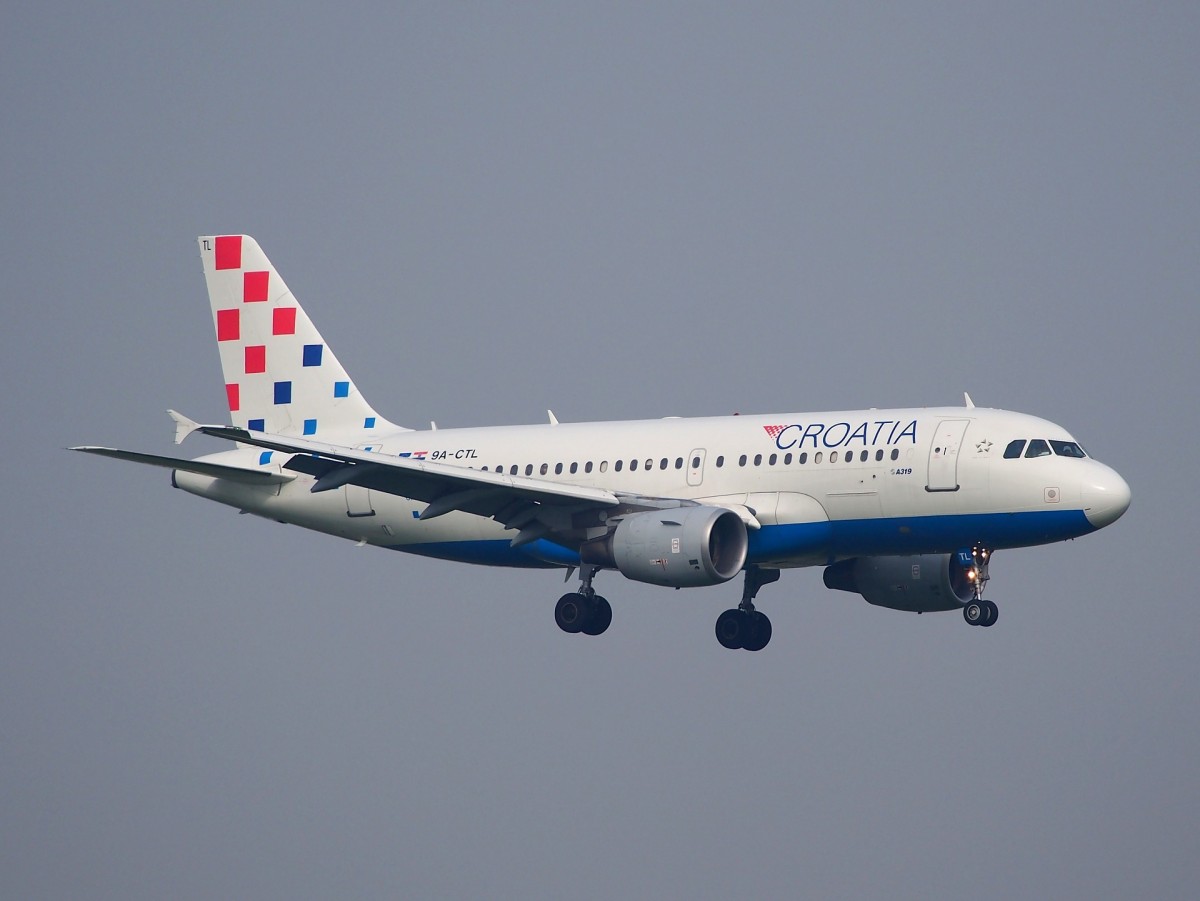 Here follows a short description for each international airport in Croatia:

Airport Zagreb
Zagreb airport is the largest airport in Croatia and a completely new terminal has been opened in the spring of 2017.

Zagreb Airport lies just south of the capital of Croatia, with a taxi or bus you can reach Zagreb city centre in just 30 minutes time. You can buy a bus-ticket from the airport to Zagreb centre here, about 30 kuna / 4 euro for a one-way ticket.

Pula is a town in the south of the Istrian peninsula and is a popular holiday destination and starting point for a great holiday in Northern Croatia. The airport is located about 6km to the east from Pula, taxi’s, rent-a-car and buses are available at the airport for further transport to towns in Istria.

Airport Rijeka
During summer months international flights are offered to several European cities, like London, Brussels, Bern, several German towns, Oslo, Stockholm and Helsinki. The airport is located on the island Krk, which is connected to the mainland by bridge, just of the coast from Rijeka. Island Krk is a great holiday destination and has connections with surrounding islands by ferry, like Cres and Losinj.

The airport has shuttle buses to holiday destinations like Crikvenica, a fishing village with great beaches on the mainland coast. There is bus line to the town of Rijeka and the beautiful town of Opatija, known for it’s luxury hotels, green surroundings and long promenade.

Rijeka is located about 25km from the airport and a bus takes about 30 min to reach its centre, bus tickets can be bought here.

Airport Zadar
Many charter-planes arrive at Zadar airport from April – November with direct flights from European towns like Cologne, Düsseldorf and Brussels.

Airport Zadar is located 8km to the east of the town, there is a bus connection (~ 25 kuna/3,25 euro one-way) from the airport to the centre of the beautiful city Zadar and there are taxi’s and rent-a-car opportunities.

Zadar is perfectly located for a sunny beach holiday in and around Zadar, but is also ideal for exploring the coast and the many islands by ferry or sail-boat.

Airport Split
Airport Split (Kastela) is located at a distance of about 24km from the city Split and is the second largest airport in Croatia.

Airport Split is a good starting point for your holiday along the southern Dalmatian coast of Croatia. The airport offers flights to and from many European destinations, with increased numbers of flights and destinations from April to November.

From the city Split there are ample facilities to travel further by, bus, train, ferry or sail-boat along the coast. A bus ticket from the airport to Split centre can be purchased here, for about 30 kuna/ 4 euro one-way and takes about 30 min.

Airport Dubrovnik
The historic town of Dubrovnik is located in the south along the Croatian coast. The airport is situated about 15km south from Dubrovnik in Cilipi, and 6km from the coastal town Cavtat.

From April – October increased numbers of flights travel between Dubrovnik and many European cities. It is the third largest airport in Croatia and quite busy in the summer months.

The city of Dubrovnik, or other towns along the coast can be reached by bus, taxi, rent-a-car. There is a transfer-bus from the airport to Dubrovnik centre (from May-October) for 40 kuna / ~5,25 euro (30 min ride).

Airport Osijek
This airport is located about 20km south-east from town. Osijek and surroundings is not visited by many tourists and is located in the still unspoiled rural east of Croatia. Osijek is located between Hungary, Bosnia-Herzegovina and Serbia worth exploring for tourists that love nature, rural culture and good food and wine.

The airport is small and offers domestic flights from Zagreb and the Croatian coast, and (summer) flights to London, Paris, Zurich, Amsterdam, Copenhagen, Munich, Frankfurt and Vienna (all via Zagreb). The airport website is at this moment not available in English (2016).

The pristine nature and beautiful sea and beaches of Croatia are just an air ticket away!