Together with Croatian capital Zagreb and the city Split on the Dalmatian coast – Pula was nominated among the best city break destinations of Croatia in 2017. Located on the southern tip of the Istrian peninsula, a favourite tourist destination. Pula is not a large city, but has much to offer, such as nice hotels, restaurants and nearby camping sites, old Roman archaeological sites and a very nice good preserved Roman amphitheatre or arena where, in summer times, open air concerts are held.

Entering Pula you drive past a modern new roundabout shaped as a modern arena, with decorative lighting in the evening times. You can park right next to the Arena and walk completely around it, as one side is build into a small hill you walk a bit uphill and thus can get a splendid view of the Arena. At the entrance of the Arena is a museum and you can go inside the Arena to see the structure, build in the first century AD, up close.

Throughout this ancient city you find remnants of Roman structures and buildings, like the temple of Augustus  in the central square where you also find city hall, the tourist office, terraces and restaurants. A great place to stroll around the narrow winding streets, the sea side of the city is unfortunately dominated by the active shipyard. To make this site more attractive the city has created an new attraction by lighting the cranes of the shipyard with splendid displays of coloured lights.

The temple of Augustus, dedicated to the first Roman emperor and the pagan goddess Roma, was probably build around the year 10 AD and is very well preserved, inside the temple remnants of Roman stone sculptures are exhibited. For more Roman ruins you can visit the nearby National Park Brijuni. Beaches are plentiful near and around Pula, especially to the south in the nature site Premantura. 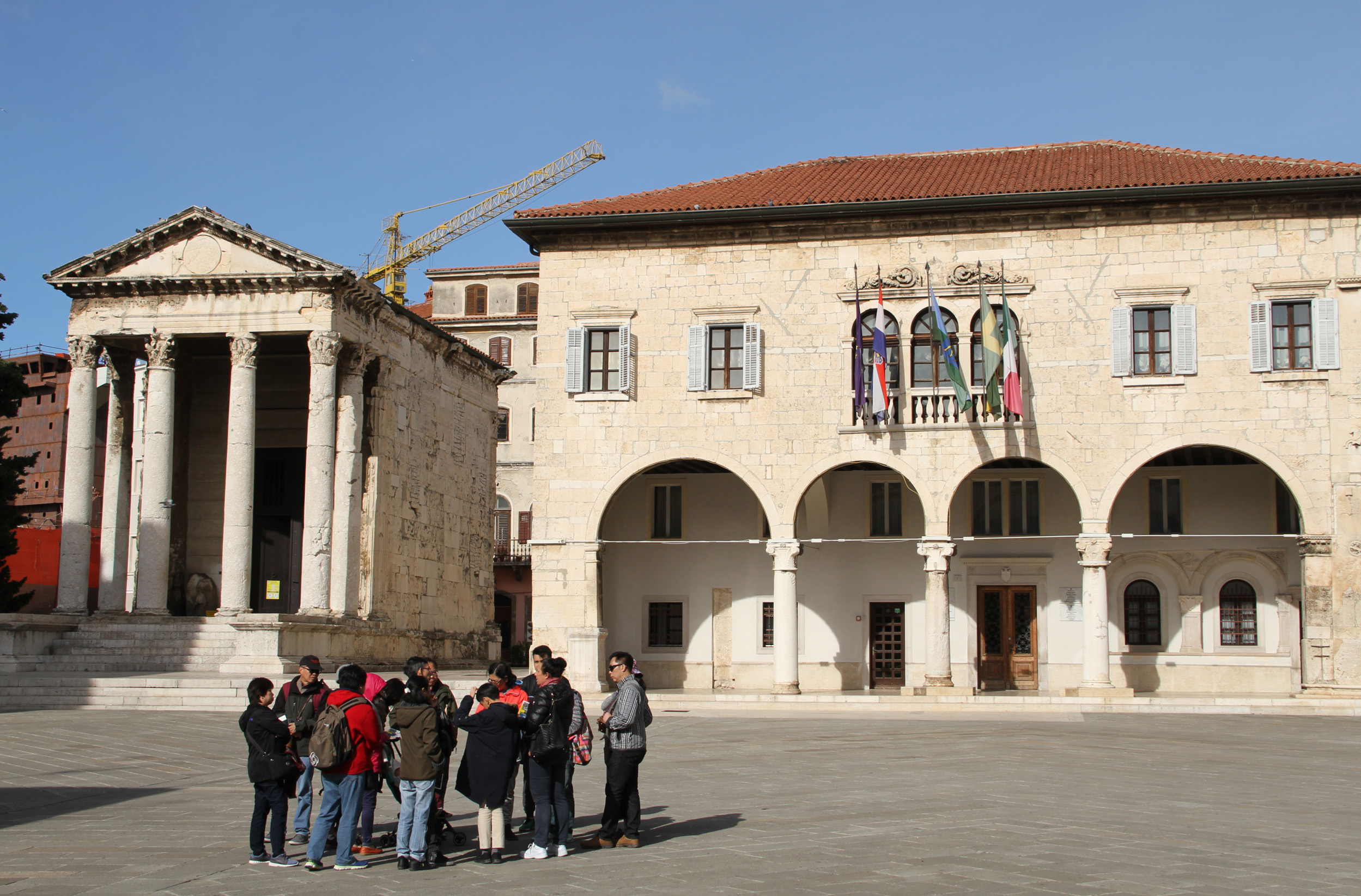 More and actual information about events, accommodations and what to see&do in Pula you can find on the website of the tourist office of Pula.